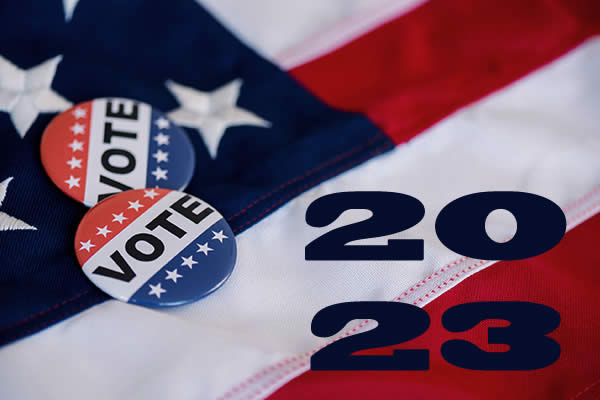 The Committee for Non-Partisan Local Government wants to inform you of our services and activities. Included in this Candidate Packet is an informational brochure that explains Park Forest’s non-partisan tradition and the role of the Committee (p. 3-4), and a copy of the Codified Rules and Procedures with Statements to sign (p. 5-10).

Since 1955, the Committee has provided candidates for Village office with a means for everyone to run without political parties or slates. Our forums give candidates the opportunity to present their views and positions to the voters at a reduced cost to them. Our guidelines have helped ensure that there is no organization or “system” that gives any candidate an advantage over the others.

You are invited to join us in continuing this 68-year-old tradition during the 2023 campaign. To participate, you would:

Should a candidate choose not to agree to sign the Candidate’s Campaign Statements, they will not be allowed to participate in the forums. However, they will be offered the privilege of having a statement published in the Brochure of Candidate Statements. Their failure to sign the statement will be noted in the brochure.

Candidates who sign the statements but are later found to have violated the NPC slating rule will be dropped from participation in all subsequent NPC-sponsored events for that election including candidate forums.

If you have any questions concerning the Committee or the upcoming activities, please email the NPC at [email protected].

Included in this document:

Non-partisan elections are based on the following principles:

Non-Partisanship has been a tradition in Park For­est since 1949. In 1955 the Committee for Non-Partisan Local Government in Park Forest was established as a not-for-profit organization. The all-volunteer Committee works toward two goals:

As a result of the Committee’s work, every voter has ample opportunity to become informed about all local candidates and issues. Every citizen can run for office without the ap­proval of any political organization and without having to fight against the organized power of any political group. The non-partisan system has worked so well in Park Forest that it has been re­spected by nearly all political party representatives.

HOW WE USE DONATIONS

Donations are used to pay for photocopies of the Candidate Packets, NPC Informational Brochure, and Brochure of Candidate Statements, and for miscellaneous operational expenses.

You or any other qualified citizen of Park Forest may run as an independent within the non-partisan system. Any independent candidate simply circu­lates nominating petitions, obtains the required number of qualified signatures, and files them at the Park Forest Village Hall.

Each candidate then writes a statement of personal qualifications and views on the local issues. The Committee for Non-Partisan Local Government posts a Brochure of Candidate Statements on their website and distributes a paper copy to all Park Forest residents who attend candidate forums. Candidates are asked to agree to the Committee’s Codified Rules and Procedures, copies of which are available from the Committee, and found in this document.

The Committee plans and organizes a series of public forums which permit all the candidates to speak to the voters face-to-face. Volunteer moderators conduct the meetings, assuring each candidate an equal oppor­tunity to become known to the voters. All this work is done at no cost to the candidates.

WHAT THE COMMITTEE DOES NOT DO

The Committee does not prohibit any political party candidate from running for office nor does it prohibit political parties or any other group from supporting a candidate. However, candidates and their supporters should take into consideration that political party involvement in local elections is not consistent with non-partisanship.

HOW YOU CAN PARTICIPATE

You can take part in the non-partisan system in several ways:

Yes, I wish to support non-partisan local elections in Park Forest by supporting the Committee for Non-Partisan Local Government. My tax-deductible dues are enclosed.

The Committee for Non-Partisan Local Government in Park Forest

Codified Rules and Procedures (Not a part of By-Laws)

b. Revisions: These Rules and Procedures are set by and may be changed by the Board of Directors. Each page shall be dated to reflect the date of the latest revision to that page.

c. Distribution: Copies of the By-Laws and these Rules and Procedures shall be given to all members of the Board of Directors and all candidates for office in the Village. Copies shall be provided to any member who requests one and are also available on the website pfnpc.org.

a. General: The objective of the Non-Partisan Committee is to make it convenient for any legally qualified candidate to run for Village office and to give the voters the opportunity to judge the talents and motivations of all candidates at open meetings.

b. Qualifications: A candidate for office is any person who qualifies to be placed on the ballot for Village Mayor, Village Trustee, or Library Trustee, in accordance with Village, County and State election laws and regulations.

d. Within two weeks after the deadline for filing petitions, a meeting will be held with the candidates to explain the role of the NPC in Village elections and to review the schedule and procedures for the coming campaign season.

a. It is the goal of this Committee to encourage candidates to not run on a slate with other candidates. To that end, candidates must avoid sharing resources, such as bundling together or distributing campaign materials for two or more candidates.  They must avoid the appearance of running with or providing public support for another candidate.  Also, candidates may not seek the endorsement of an established political party.

b. “Public support” means any statement or action in support of or against one or more candidates that is intended for the public to see. Examples include (but are not limited to) posting signs in windows, writing letters to newspaper or newsletter editors, signing statements of support, and hosting a forum on behalf of one candidate. “Public support” does not include signing candidates’ petitions or making statements in private.

c. This slating rule is to be followed by all candidates for all Village offices. Therefore, a candidate for Library Trustee shall not host a forum or otherwise provide public support for a candidate for Village Trustee or Mayor during the same campaign.

e. These rules affect only candidates and not members of their families.

f. It is the responsibility of candidates to instruct those working for them to not initiate or encourage activities that appear to be slating.

I have read the materials provided by the Committee for Non-Partisan Local Government in Park Forest, including the Codified Rules and Procedures. I hereby agree to abide by the following campaign practices:

There are basic principles of decency, honesty, and fair play which every candidate for public office in the State of Illinois has a moral obligation to observe and uphold in order that, after vigorously contested but fairly conducted campaigns, our citizens may exercise their constitutional right to a free and unrestricted choice and the will of the people may be fully and clearly expressed on the issues.

I, the undersigned candidate for election to public office in the State of Illinois, hereby voluntarily endorse, subscribe to, and solemnly pledge myself to conduct my campaign in accordance with the above principles and practices.

c. Forum Procedures: The moderator is responsible for the conduct of each forum in accordance with the following procedures:

d. Interviews: The NPC may sponsor or support interviews of the candidates on YouTube or through some other medium. These sessions may or may not be conducted according to the forum procedures.